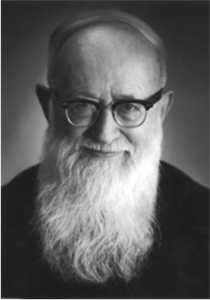 Father Joseph Kentenich was born in Gymnich near Cologne, Germany, on November 16, 1885. As a youth, he recognized his calling to become a priest. Nothing moved him more than his concern that the reality of God be recognized in the world and that the freedom and dignity of every person be respected.

In Mary, the Mother of God, 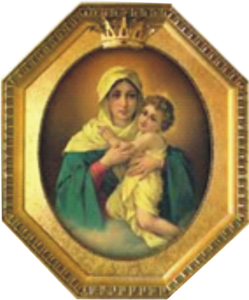 he saw the example for each person’s relationship to God. In everything that he undertook, he felt called to form this “new” Marian person.

Ordination to the Priesthood

Admitted to religious profession in 1909, Kentenich was ordained as a priest in Limburg an der Lahn, on 8 July 1910. Although he wished to become a missionary in Africa with the Pallottines, his poor health prevented him. 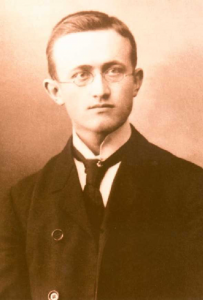 First he worked as a teacher and educator in the Pallottine House of Studies in Schoenstatt, Vallendar. An extraordinary bond of trust developed between him and his students. They made his love for Our Lady their own and learned to see Mary as a bridge to God.

October 18, 1914, became a milestone in Schoenstatt’s history. Alert to the signs of the time and listening keenly in order to perceive the special wishes of God, Father Kentenich—together with a small group of students—entered into a COVENANT OF LOVE WITH OUR LADY in the chapel at Schoenstatt. This was the beginning and the lasting foundation of today’s worldwide development of the Schoenstatt Movement. 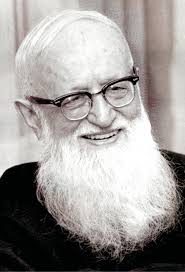 After 1914, the circle of those who knew Father Kentenich expanded extensively. He became the founder of several communities for priests, families, men, women and youths.

SCHOENSTATT developed into a movement of religious and moral renewal, the chapel became a place of PILGRIMAGE, a SHRINE where large numbers of pilgrims experience Mary as a mother and educator.

— Here they receive the grace of a spiritual home,
— of inner transformation
— apostolate.

Through life’s trials they learn to accept God’s way of education as an opportunity to sanctify everyday life and to assume responsibility for others.

Throughout his life, Father Kentenich received the special grace of sharing in the cross of Jesus Christ. During the time of persecution under National Socialism, he spent more than three years in prison and concentration camp.

From 1951-1965 he was separated from his work by decree of the Church. He considered this type of personal imitation of Christ as understood, and in the midst of all the trials, he himself became a FATHER for many. He saw everything, including the cross, as an expression of the merciful, fatherly love of God. 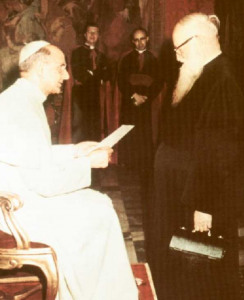 Through his life and suffering Father Kentenich wanted to serve the Church he loved.

At the end of the Second Vatican Council he was received in audience by Pope Paul VI, who expressed recognition of his life and work. Again, Father Kentenich placed himself and the Schoenstatt Movement at the service of the Church.

On Sunday, September 15, 1968, Feast of the Seven Sorrows of Our Lady, immediately after the holy sacrifice of the Mass, he placed his life into the hands of God forever. He died renonwed for his sanctity.

The process for the beatification of Father Joseph Kentenich was opened on February 10, 1975. Each year, thousands come to his final resting place in the Church of the Trinity on Mount Schoenstatt. Confidently, they bring their concerns or their thanksgiving for help that they have received.

Dilexit ecclesiam – He loved the Church 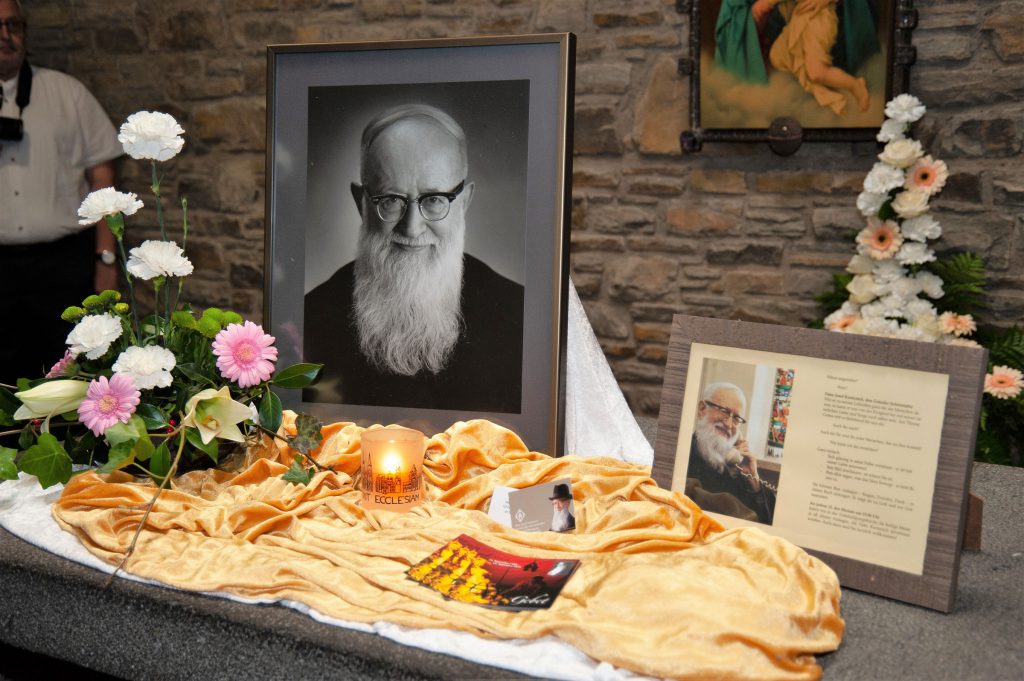